About Youth With a Mission International

Youth With A Mission is a global movement of Christians from many cultures, age groups, and Christian traditions, dedicated to serving Jesus throughout the world. Also known as YWAM (pronounced “WHY-wham”), we unite in a common purpose to know God and to make Him known. When YWAM began in 1960, our main focus was to get youth involved in missions. Today, we still focus on youth, and we also involve people aged 9 to 90. We currently have tens of thousands of staff (called “YWAMers”) and we work in thousands of teams and locations. Many of our short-term efforts have grown into long-term endeavors that have impacted lives and nations.

Check out YWAM’s University of the Nations

YWAM’s University of the Nations (U of N) operates in 650 locations in 160 countries, providing programs in approximately 100 languages around the world. The U of N is committed to teach and develop men and women spiritually, culturally, intellectually and professionally.

As a student in the U of N, you are nurtured as a whole person. You learn in a discipling environment where growth in character and walking in the ways of the Lord are fundamental. You study only one subject at a time in a 12-week modular system, each course approached from a Christian perspective.

The core program in the U of N is the Discipleship Training School (DTS) which is required for all other U of N courses. The U of N aims to equip students to serve in all spheres of society and in all nations. The goal of the U of N is to teach students how to apply biblical truth practically and to fulfill the Great Commission (Matthew 28:18-20).

While traveling in the Bahamas in 1956 as part of a gospel quartet, Cunningham received a vision from God. In this vision, he described waves on the shorelines of the continents on a world map, eventually growing bigger and bigger, covering the landmass. He records that the waves in this vision changed to young people covering the continents, talking to people about their faith. This vision would inspire the beginning of Youth With A Mission four years later as a movement providing missionary opportunities for Christian youth after high school, regardless of their denomination.

Today, YWAM has an estimated 18,000 full-time workers in 180 countries and continues to focus in Christian mission work as a parachurch, non-denominational non-profit movement. Cunningham continues to be an active international speaker, with engagements in 30 to 40 countries every year. Because of his frequent travels and work in international Christian missions, YWAM claims that Cunningham has visited “every sovereign nation on earth, all dependent countries, and more than 150 territories and islands.” 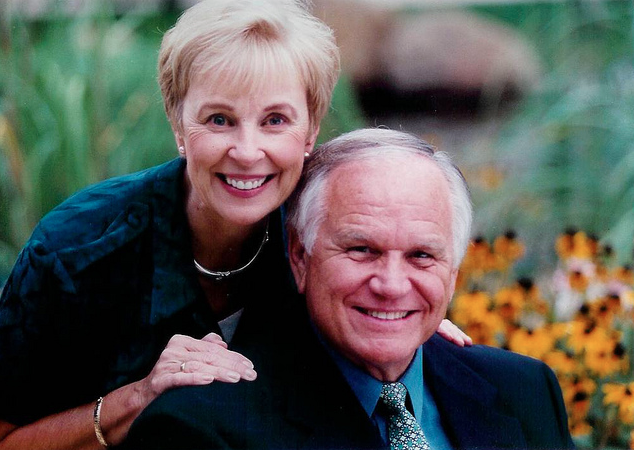